We offer a complete range of Motorized Pulleys designed for various bulk handling applications. Our state-of-the-art motorized pulleys are used in applications such as mining, cement, quarries, recycling, and aggregate production.

Rulmeca’s Bulk Handling Motorized Pulley product range has been developed for the use on belt conveyors, even in extreme conditions, including corrosive, abrasive and dusty environments.

Rulmeca has the most extensive Motorized Pulley product line in the industry. Perfect for your next conveyor project big or small.

Rulmeca is a leader in the Bulk Handling Motorized Pulley market.

Mike Gawinski,President of Rulmeca Corporation, said “Hutchinson Salt operates an underground mine and loading facility in Hutchinson, Kanas where millions of tons of salt have been mined, stored, and shipped throughout the U.S. Midwest since 1923.

Rulmeca manufactures and services internally-powered hermetically-sealed Motorized Pulleys to drive belt conveyors where old-fashioned exposed drive systems do not stand a chance in harsh, corrosive, and abrasive environments, such as salt mines.

Rulmeca Motorized Pulleys have been installed at salt mines, phosphate mines, and iron mines throughout Europe and the United States since the 1950s.  This video highlights ‘The Rulmeca Advantage,’ the company’s problem-solving capabilities and willingness to partner with customers to achieve their desired results.” 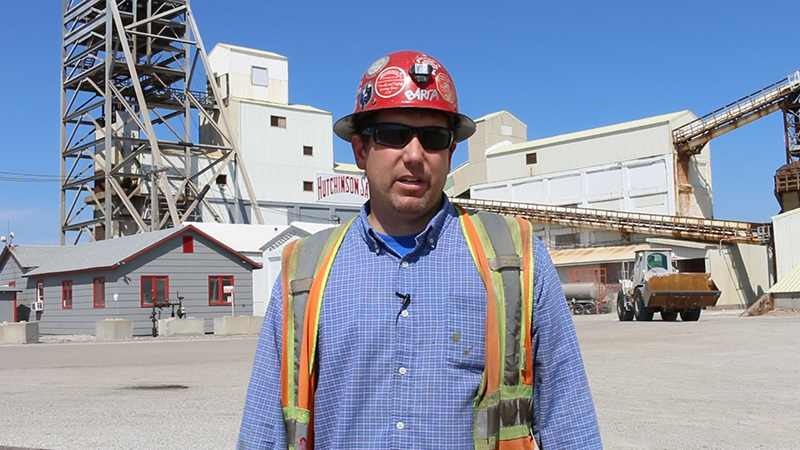 Jim Barta, General Manager of Hutchinson Salt Mine, said, “Salt is notorious for its corrosive properties. Reliability is a crucial part of the Hutchinson operation because allowing trains and trucks to wait to be loaded is not acceptable. The facility mines hundreds of thousands of tons of salt each year and ships it via three miles of conveyors from the mine face 650 feet below ground to outbound trains and trucks seven days a week during the busy season. 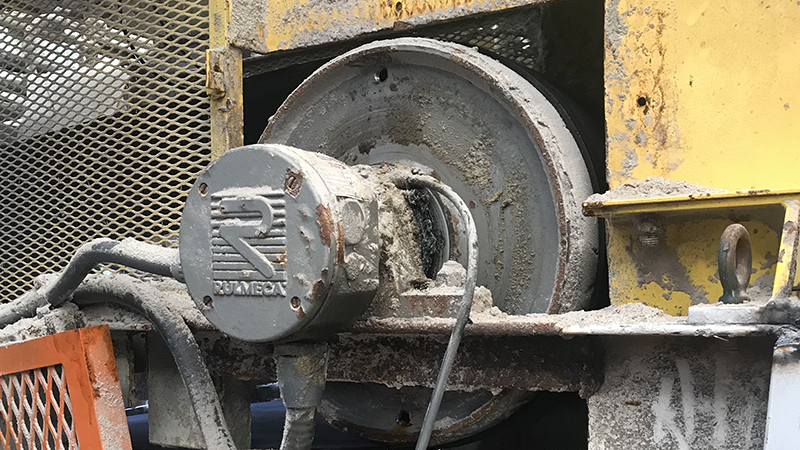 Hutchinson approached Rulmeca in 2013 to help upgrade the old conveyor drives in the storage shed, requesting a 40 HP shed feed conveyor drive and a 20 HP shed takeaway conveyor drive. Rulmeca evaluated the conveyors and recommended a unique dual drive system which has been very effective.”

Gawinski said, “Rohrer’s Quarry is in Eastern Pennsylvania, where rock has been extracted, crushed, and shipped to build roads, bridges, and buildings in the Eastern U.S. for more than 50 years.” 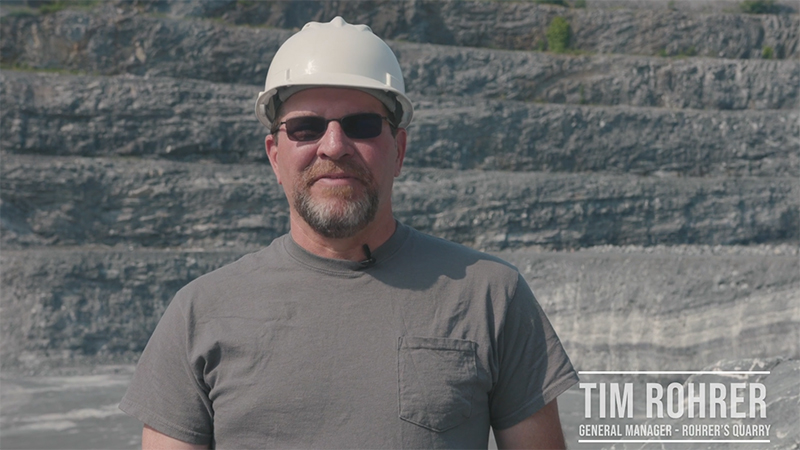 Tim Rohrer, General Manager of Rohrer’s Quarry, said, “When our quarry decided to install a 1,000-foot-long belt conveyor in the pit we contacted Rulmeca Corporation for a drive because the Motorized Pulley we purchased in the 1990s had yielded a long trouble-free life of service. Although we requested a single 300 HP drive for the conveyor with a 400 foot per minute belt speed, Rulmeca recommended two 150 HP Motorized Pulleys with a belt speed of 600 foot per minute. 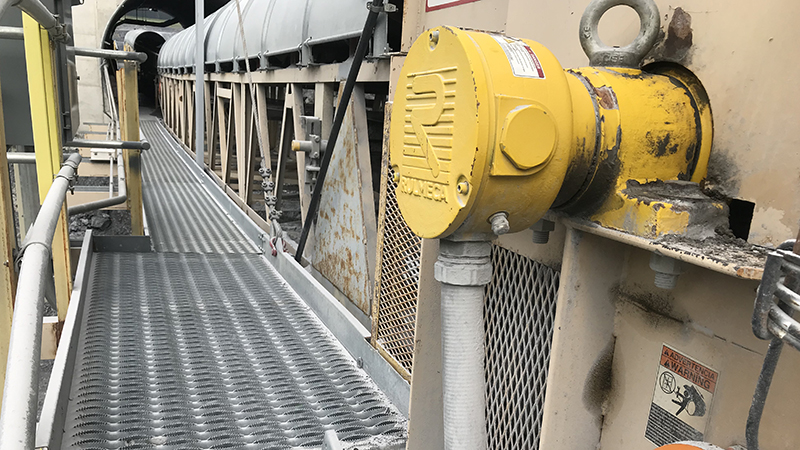 That dual drive idea reduced total belt tension from 27,000 pounds to 17,000 pounds, reduced the initial cost of the belt, and extended its service life.  Rohrer’s Quarry is very satisfied with Rulmeca’s product and service.”

Can Motorized Pulleys be used with a VFD?

Yes! Our normal AC Squirrel Cage Motors can be used with a variety of Variable Frequency Drives.

Can we put lagging on a Motorized Pulley?

How can I calculate my power requirements?

Rulmeca can help you calculate your power requirements with our In-House developed HP calculation software.  Simply Click Here to enter your conveyor data.

How are Motorized Pulleys Safer than Exposed Drives?

Rulmeca Motorized Pulleys are safer than exposed drives because Motorized Pulleys have far fewer moving parts. This allows for more efficient and effective conveyor drive guarding reducing the risk of injury and other lost time incidents.

Why are Motorized Pulleys more reliable than exposed drives?

Rulmeca Motorized Pulleys are more reliable than exposed conveyor drive systems because the major components are protected within the shell.  The motor, gearbox, bearings and seals are all protected and constantly lubricated by the internal oil bath.  This reduces the risk of failure from dust and debris as well as overheating.  Additionally, there is no need to grease bearings and gear boxes further reducing downtime risk due to poor preventative maintenance.

Yes! As a general rule, Rulmeca Motorized Pulleys are lighter than their exposed drive counterparts by between 20 and 40%.  This is because there is no extra weight from the housings of the major components such as the motor, bearings and gearbox. Click here to find more information on our product line

How do we repair the Motorized Pulley?

Rulmeca Motorized pulleys can be easily repaired at one of our many Service Centers throughout the United States.  Additionally, Rulmeca Corporation in Wilmington, NC carries in stock parts to repair most standard models from 4.5” dia to 24” dia.  Click Here to find the Service Center nearest you.

How are Motorized Pulleys Easier to Maintain?